You might well have seen public view monitors (PVMs) in your local supermarket self-checkouts, but have you thought about them in the retail environment?

Similarly to grocery stores, retail faces the ever growing problem of theft, shrinkage, loss of profits and other crimes. Just last year, theft of goods by customers rose to £65 million and workplace abuse incidents peaked at almost 1 million.

The use of public view monitors is becoming increasingly popular and is proving to be an effective solution for crime prevention within a range of different industries.

Why should retail stores consider PVMs?

To reduce the risk of incidents involving abuse

66% of employees have encountered an abusive incident in the workplace in 2018. This could be verbal or physical and create an unsafe environment for both the customers and staff alike. Public viewing monitors are a great way to change and deter unwanted behaviours.

PVM monitors like the ones from Vista, are able to show a warning message. This message could say "you are being recorded" which can deter customers from being physically or verbally abusive towards staff or vice versa.

Stop the theft of goods

Theft is by far the most common crime within the retail environment. Retailers lose millions a year replacing stock that has been stolen. Public view monitors can be a useful tool in order to record, warn and deter thieves. Thieves will not only have their actions monitored, but also recorded. Clients that have implemented Vista's PVMs have seen a drop of up to 50% in theft, proving the effectiveness of using public viewing monitors as a solution to retail theft.

Shrinkage in retail stores can occur in a number of ways, including return fraud, theft and errors caused in administration. THE PVM range is a great tool in tackling theft and can improve profits drastically with some of Vista's clients reporting that it has increased profits by 30%!

All of Vista's public view monitors come with customer branding. Some of the models even have the ability to show advertising and informative media at the same time as offering a CCTV functionality. This clever feature allows your retail business to promote itself and any special products or campaigns at the same time as creating a safe environment.

The VK2 public view monitors are top of the range and their modern design gives makes them even more appealing. The models all vary in size and features but all are powered over PoE (Power over Ethernet) which means the Vista's PVMs don't require extra cables!

Vista's public viewing monitors don't just have a use in retail environments. Supermarkets, offices, gyms and other businesses have found that PVMs have helped them discourage unwanted behaviour.

If this is something you think your business would find beneficial, why not:

We're happy to answer any questions you may have and discuss how the PVM range can help you reduce theft and increase profits. 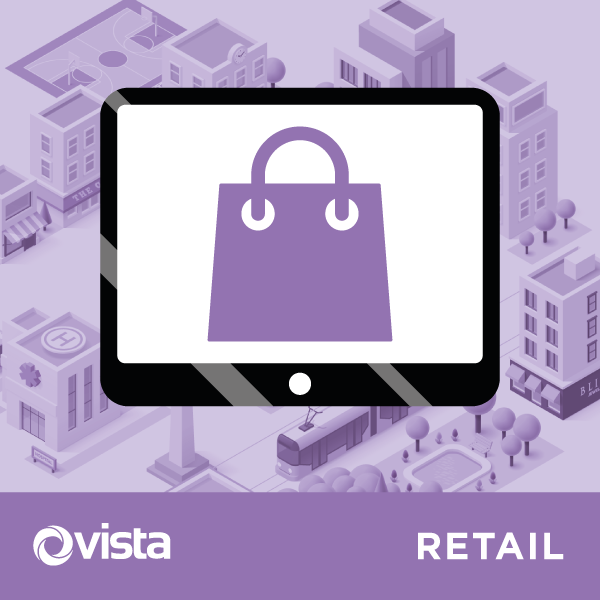